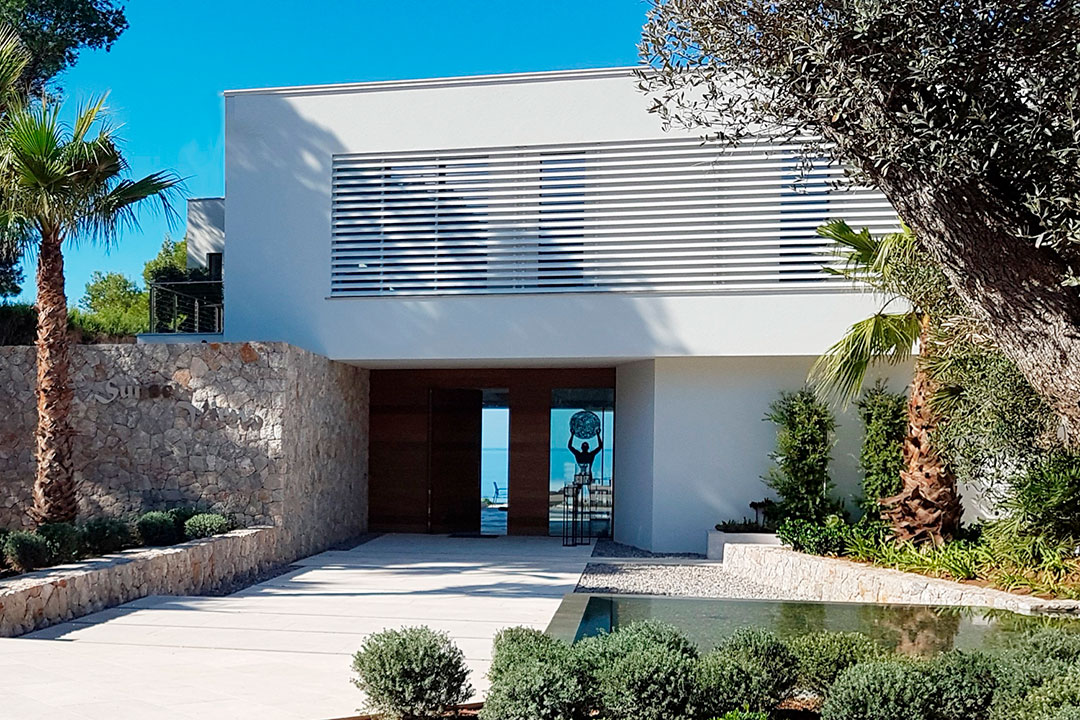 The Renson Icarus 150 Quickfix slats shaped like an aeroplane wing and measuring 125x25mm gave a distinctive style to the façade of this villa. It was designed by the architects Tarragona Höhne Arquitectos. Icarus Quickfix slats have a patented clipping system (which allows a much faster installation than any conventional slat system), pre-designed solutions for the corners and their slats can absorb the expansion caused by thermal differences.